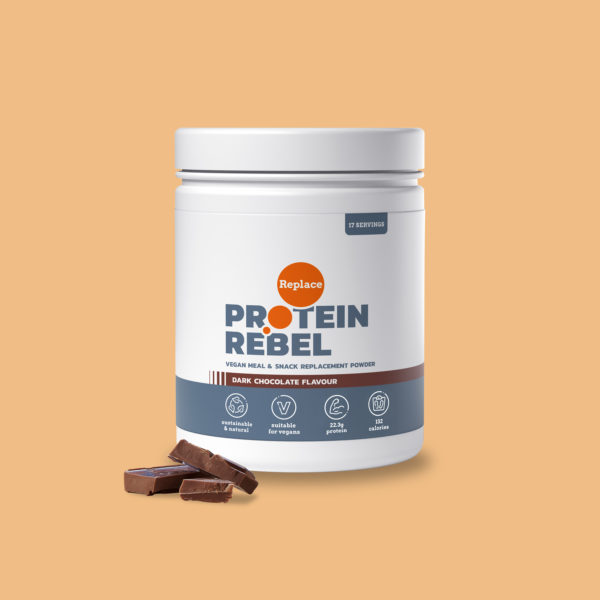 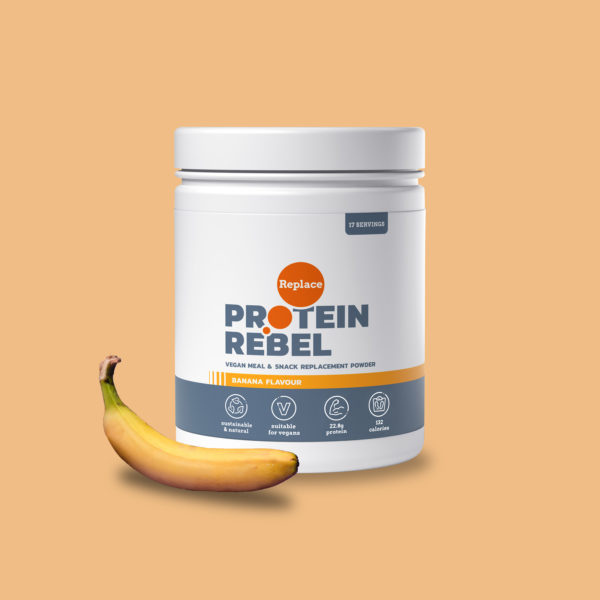 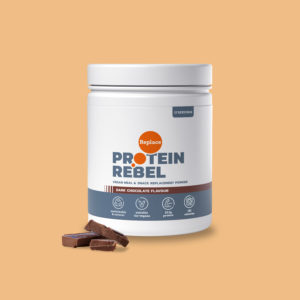 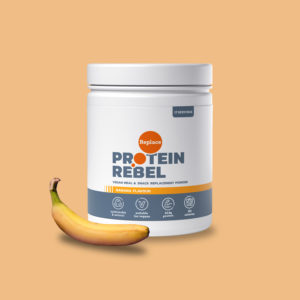 How we calculate your savings

You have saved Replace vs whey saves

We have taken trusted data from scientific papers to compare the key ingredients of pea and rice protein vs whey. We have assumed the other ingredients have a similar impact on the planet for both whey and Recover. This calculation does not include packaging. We have made our packaging choices in the belief they are the most sustainable currently available.

We have chosen to use three measures:

State of the Environment https://www.gov.uk/government/publications/state-of-the-environment

REPLACE is a complete protein made from a natural blend of high quality plants, including pea, rice and hemp protein. The inclusion of chicory root fibre also makes it high fibre. REPLACE is ideal for weight management and as a snack replacement, filling you up so you don’t overdose on unhealthy sugary foods. Fibre is also important for general digestive health. The inclusion of zinc, riboflavin and Vitamin B12 are great for maintaining general health and wellbeing. Read more

How will Replace help manage your weight?

Replace has everything in it to help you replace an unhealthy snack with a healthy high protein and high fibre shake. Protein is known to help satiate appetite which is why we see it in so many foods. It is high in prebiotic fibre which keeps your stomach healthy. Stomach health has been shown to impact your physical and mental performance so should not be ignored. And to top it off it’s low in calories.

Will it give me wind?

Changing any diet has the potential to cause changes in your digestion that may lead to wind. These changes will normally subside over a couple of days up to a week as your body gets used to your new diet.

Light and not overpowering which makes it easy to drink. With only natural ingredients and no added sugar, Replace is not overly sweet with a smooth texture.

We are always looking for new flavour ideas so please drop us a line and let us know what you would like to see.

How should I mix it?

You can shake, bake or blend it. Add fruit, use milk or water, ice to thicken. Heat it to make a delicious baked recipe (nutritional profile is not affected by heat).

If you mix Replace with a plant milk you will improve the taste but add calories compared to using water only. It’s very versatile providing you with plenty of options.

When should I take Replace?

Eating a healthy meal should always be your goal. But sometimes life gets in the way and we reach for something high in sugar and carbs to satisfy that craving. We have developed Replace to help you through those everyday snack moments. You could be in the office, on the racetrack or driving to your next appointment when those cravings strike. So, when they do that’s when you should reach for Replace.

And for those following a training regime, Replace is a great addition on your rest days. With no added sugar, you avoid a sugar crash, helping you better manage your diet.

Why does Replace include high fibre?

There is increasing research into how your gut health impacts your physical and mental health. In the West, our diets are often low on fibre which can negatively impact our gut health.  Replace contains prebiotic fibre which is food for the good bacteria found our gut, giving it a really healthy boost.

Will my weight affect my speed/endurance?

Yes it will for most people.

Getting to your optimum weight is an important part of getting race ready. Think of running as a series of jumps where your weight acts with gravity to pull you down. Over time, this will have an impact on your strength and energy levels. However, optimum weight will vary from individual to individual.

There is no magic goal you should aim for but one you need to figure out over time. Too much fuel and your weight will increase whilst too little will lead to under-fuelling with the associated lack of energy and strength.

Is Vitamin B12 important for endurance athletes?

You need vitamin B12 to produce and maintain your red blood cells, nerves, and DNA. B12 contributes to cognitive function so helps you think clearly. Too little B12 can lead to anaemia or the more severe form, pernicious anaemia. This is a deficiency of red blood cells, which is a condition that can cause you to feel tired and weak.

Vitamin B12 comes in two forms. The first one is a cheap, lab made, artificial crystalline substance that is often added to supplement powders or taken in tablet form. The second version is naturally found in animal products and yeast. Interestingly, it isn’t found in plants so if you are following a plant-based diet it is important that you also include a source of B12. In Replace we use the naturally occurring B12 found in yeast.

Anyone running with moderate to low levels of B12 are likely to display tiredness, fatigue, and headaches which will impair performance. At least one study has shown that a deficiency in vitamin B12 resulted in a reduced capacity for endurance exercise.

Age also has a significant impact on our ability to absorb nutrients, including B12. So, whilst it isn’t always easy to identify a deficiency in B12 (as the symptoms can be attributed to other causes), it’s important to prevent deficiencies arising in the first place by consuming foods that are high in this vitamin.

Why do runners need zinc?

Everyone needs zinc and runners, cyclists and other endurance athletes will benefit from zinc in their diet. Replace naturally contains zinc.

Zinc is an essential mineral which will improve immunity, blood sugar levels and skin health. Mild zinc deficiency is difficult to detect because of the lack of definitive indicators of zinc status. But athletes with a zinc deficiency may find that it leads to significant loss in bodyweight, latent fatigue, decreased endurance and a risk of osteoporosis.

Pour 400ml of water or plant milk into your container. We like oat milk for its thicker texture and eco-friendly credentials (yes you can use milk but we are trying to be planet friendlier!).

100% natural, blend of plant protein, fibre, vitamins and minerals to help you maintain a healthy diet and manage your weight.

A great everyday powder for reaching your protein goals and maintaining a healthy weight. Can be used as a quick snack, added to a bedtime smoothie or used in baking. Helps you to avoid sugary snacks by filling you up. Perfect if you’re in a hurry and want a quick protein fix or need a filling shake to help you lose weight.

The perfect plant-based protein for when an easy, filling and tasty protein boost is needed. Plus use Replace to help you get the vital nutrients your active body needs. Runners and other endurance athletes need Vitamin B12 to help the body to respond healthily to stress, and ribloflavin helps to reduce muscle pain and soreness. As exercise reduces zinc levels making you more prone to colds, zinc is especially important for endurance athletes.

With no added sugar, gluten free and a natural prebiotic to maintain a healthy gut, it can be used anytime. 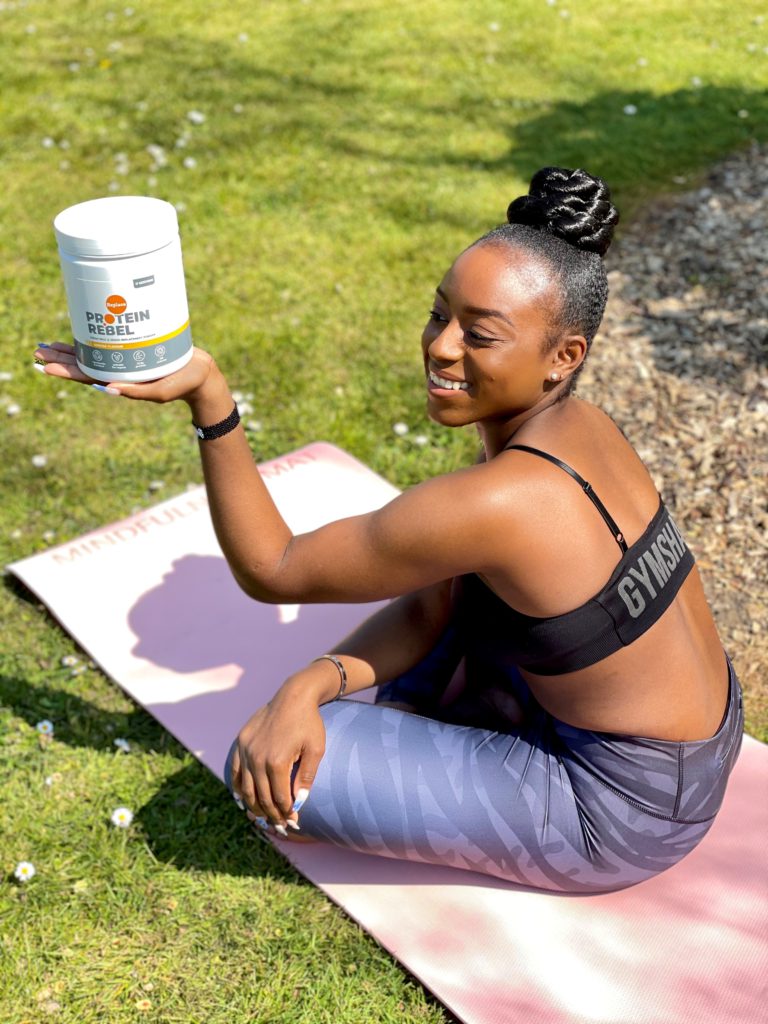 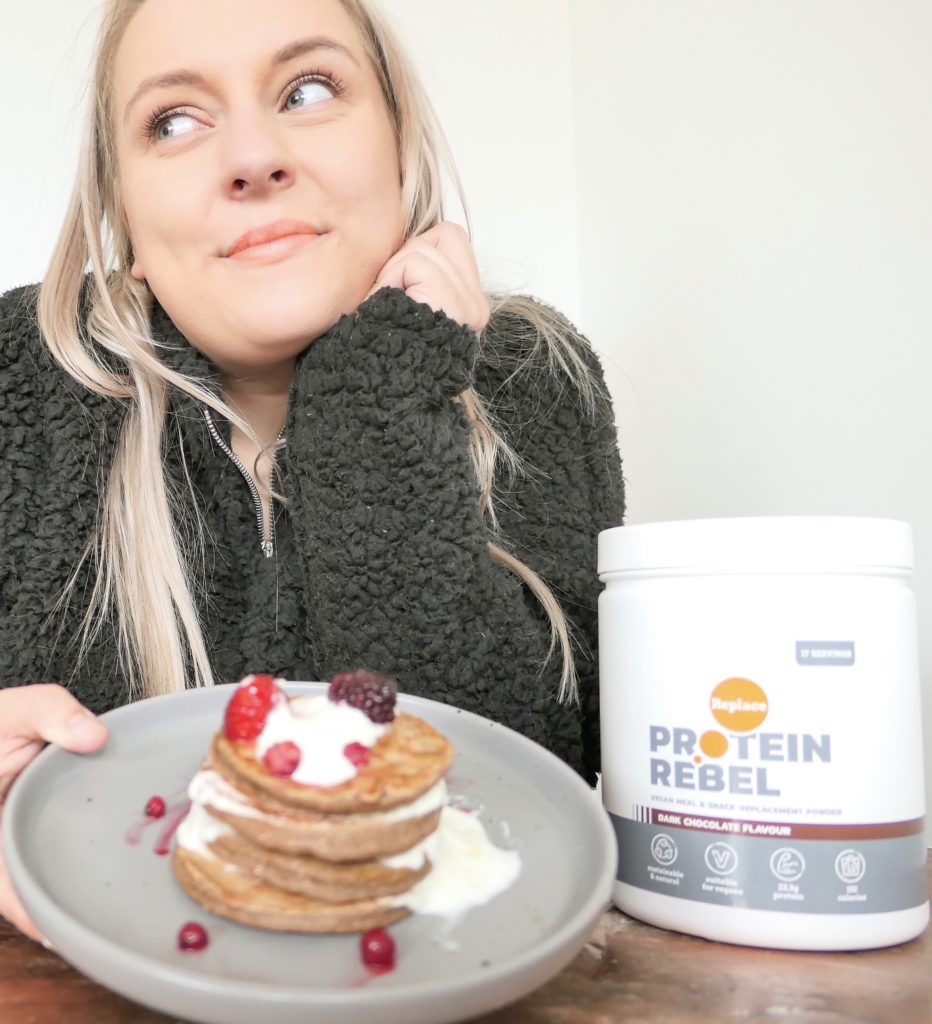 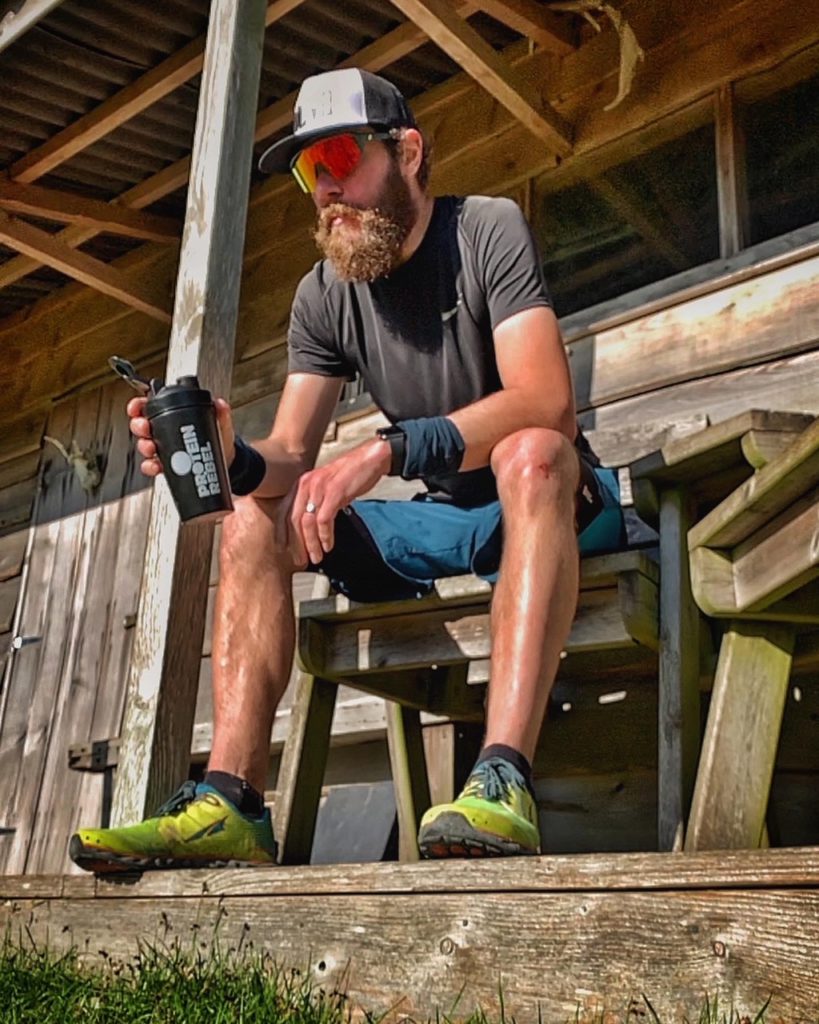 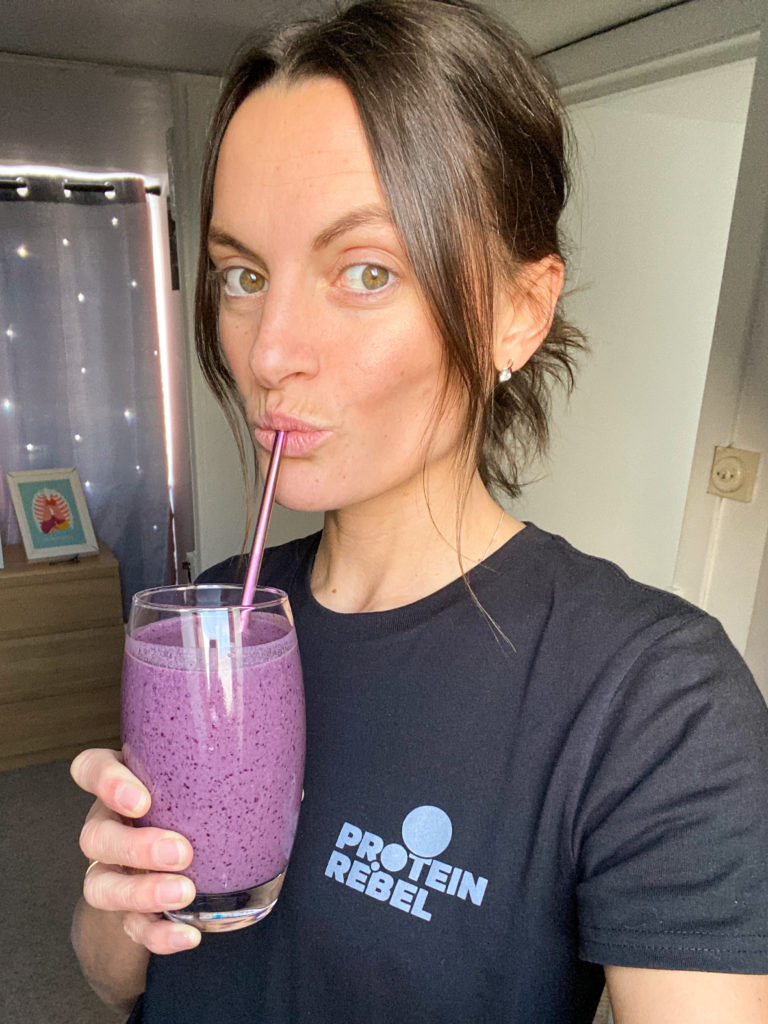 *Made in a factory that uses these ingredients

Be A Rebel - Order Now